Realizing the presence, promise, and power of the Kingdom of God.
0 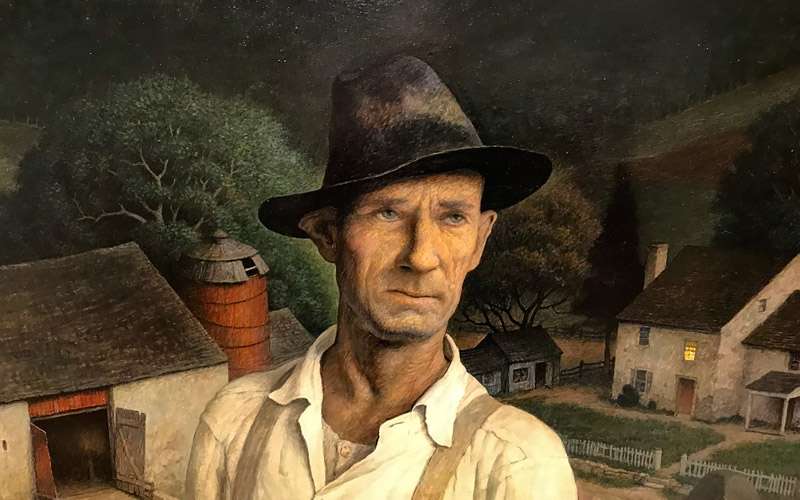 There is a telling division in my hero’s inner sanctum.

I am standing, silent in awe, in the painting studio of the great American illustrator, N.C. Wyeth. Since I was young, his dynamic illustrations have inspired and shaped me as an artist. This has long been a dream of mine, to see where he created his images. And since it has been kept virtually the same as the day in 1945 when he tragically died, it feels as though he has stepped out for lunch. 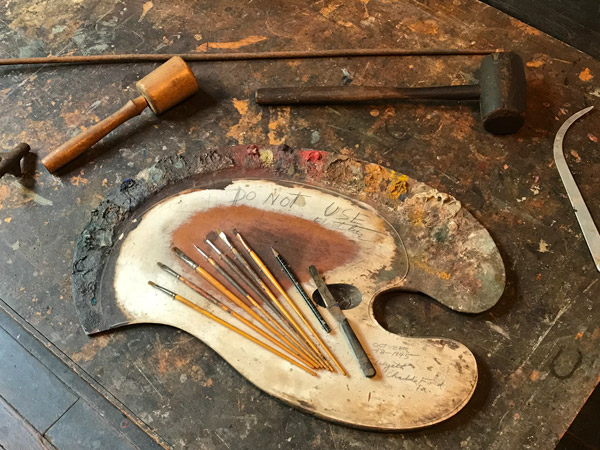 His palette is on a table before me. The only posthumous addition is the message scrawled on it by his daughter the day he died. 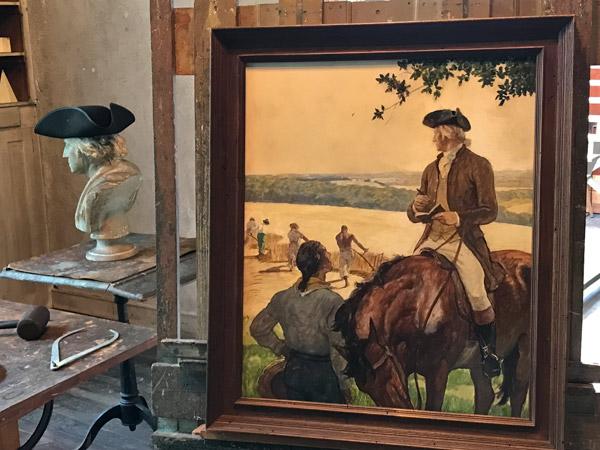 Next to the table is his illustration easel. His last work is still there, as well as the bust of Washington, turned at the exact angle he needed. To say that he was a great illustrator is an understatement. In the early 20th century, he was unmatched for his ability to capture action, movement and dramatic light. 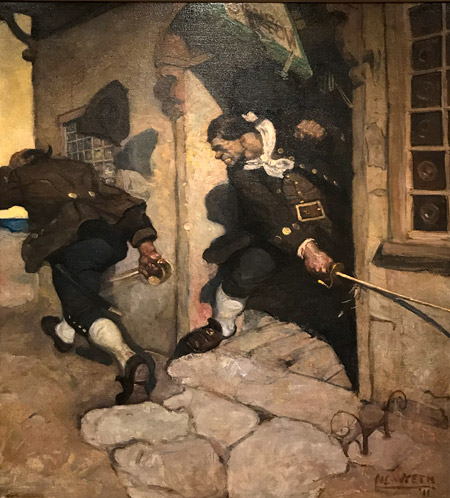 You may know him for his work bringing to life books like Treasure Island, Kidnapped and Robinson Crusoe. He was highly sought after in his day. And with a large family to feed, he felt he had to keep up a strong flow of paying work. In fact, he turned down an invitation to go to Europe during WWI to paint the life of soldiers because he was worried about how he would support his wife and children while he was gone. 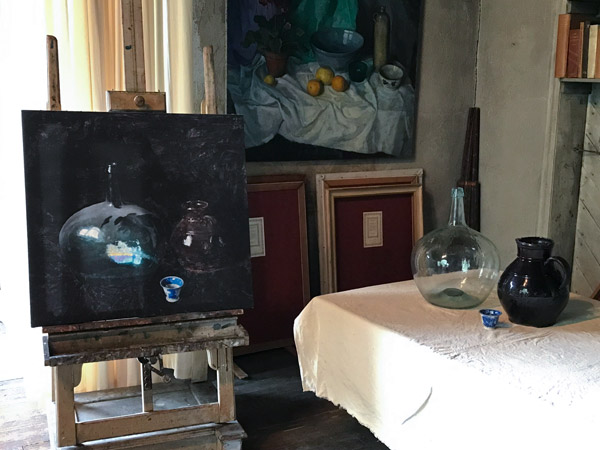 But there are two easels in his studio. The second one was where he painted. Throughout his life, he chafed at being called an illustrator. In his heart, he wanted to be considered a true painter. He once wrote, “I want to paint a picture with nothing but a soul.”

Though not remembered for those paintings, they are remarkable. Here are two to ponder: 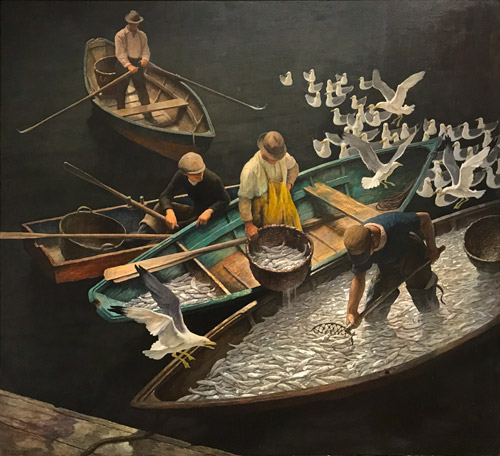 Notice the exquisite composition, where a range of busy elements – a flock of gulls, four boats, four figures and a haul of fish – are simplified to make one quiet scene made dramatic by the high contrast of the dark water and the white fish. 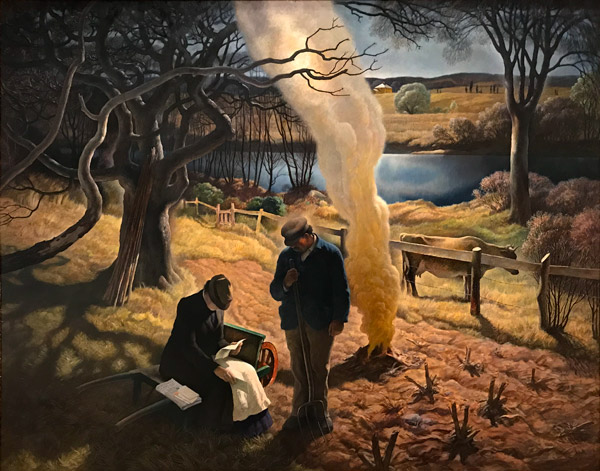 In one of his last paintings (using the egg tempera technique that was to be made famous by his son, Andrew), he reworked for WWII a piece he had created for WWI. It is moody and ominous, made even more poignant by his rendering of his own parents as the grieving couple. 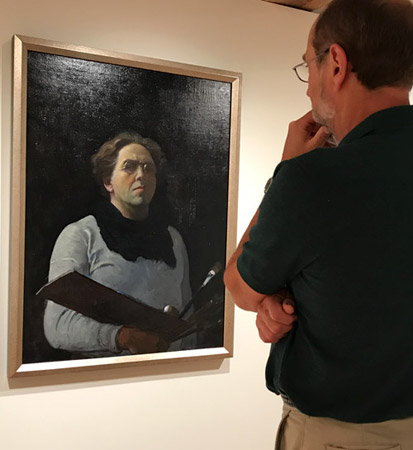 As I ponder his work, I feel for him. Though I am nowhere near his level of artistry, I know this core struggle of his very well. I have often felt denigrated by the art community because I am simply an illustrator. But there is a deeper longing that this evokes.

We long for all our work to have a soul.

Moses’s words in Psalm 90 have been a touch point for me in this longing. He wrote:

Another translation puts clarity on the word “establish,” translating it “make permanent.” Make permanent the work of our hands.

Could this be what N.C. was after? Something of permanence. Something that resonates beyond just the moment. An image worth remembering, devoid of any commercial purpose, invested with his idea of an eternal truth. I know that’s what I want all of my life to produce. 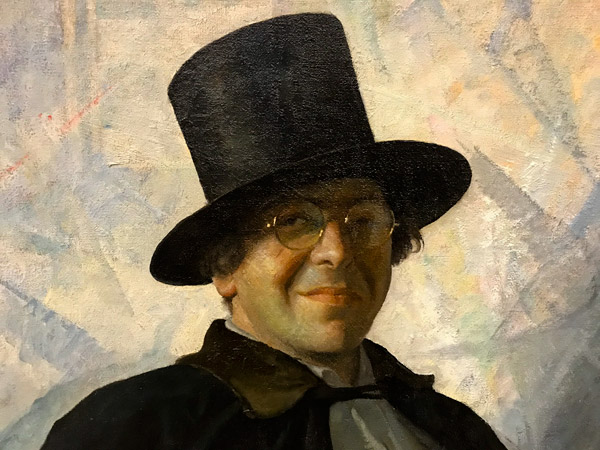 In my eyes, Wyeth was a visual magician. He could make literary scenes appear before one’s very eyes. And he could paint deeply moving works of art – though often somber or even sad. Sadder still is that he didn't realize how lasting all his work would be, even the commercial painting.

But this is a longing that’s good to carry with us throughout our life.

It’s good to hunger for our lives to have an eternal impact.

God of the ages, the one who has no beginning or end, before you we feel so transient. Our lives seem so very short. Our work so very trivial. We long to do something, make something, be something that lasts. Father, keep that longing burning like a flame in our hearts. Make permanent the work of our hands.

Readers: How have you felt this longing?

Tell me about it.

The Tragedy of Sin

Why I Preach Only One Funeral Message

From Pulpit to Pew

The Focus of Preaching and Teaching

The Entrance of Sin

The Tragedy of Sin

A Pandemic of Prayer