trusted online casino malaysia
Realizing the presence, promise, and power of the Kingdom of God.

The Wind in the Wheat 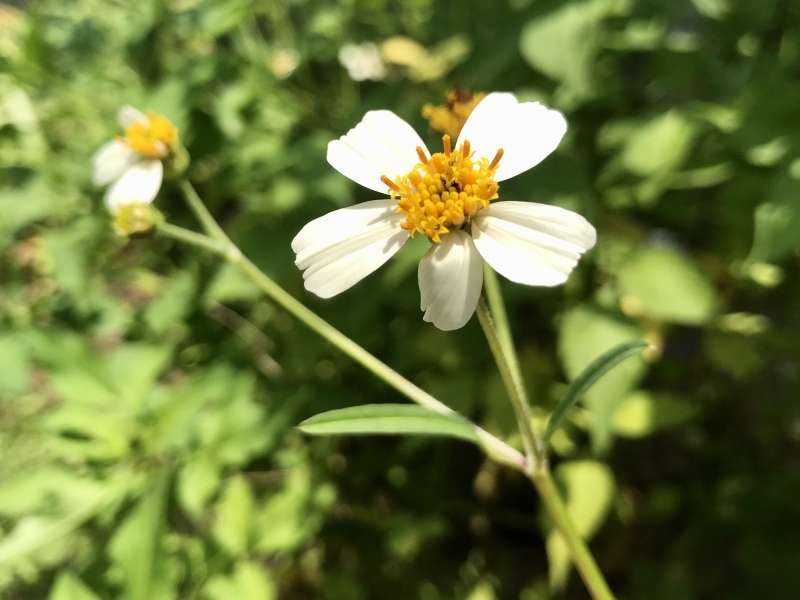 Bidens alba, the world traveler Photo by the author

Death to self and life in Christ

24 Most assuredly, I say to you, unless a grain of wheat falls into the ground and dies, it remains alone; but if it dies, it produces much grain. 25 He who loves his life will lose it, and he who hates his life in this world will keep it for eternal life. 26 If anyone serves Me, let him follow Me; and where I am, there My servant will be also. If anyone serves Me, him My Father will honor.

There is an alien creature outside of my house. I can see its movements when I glance out of my window where it waits for me. When I go outdoors I can almost feel its presence. It does not bother to hide but lives in plain sight–knowing that once I enter its kingdom it is master of its realm. It stalks my every move wanting nothing more than to make me a helpless carrier of its genetic material as it seeks to colonize the world with its prolific offspring.

No, I have not been watching too many sci-fi movies (Narrator: He has.), there really is a  creature out to get me. It is a humble little flower that has adapted wonderfully to the sandy soil and hot summers of the South Carolina Lowcountry where I live. It grows prolifically in hot climates with mild winters and sandy soil–and has been given an incredibly efficient method of spreading seeds across the world.

The flower is Bidens Alba and it goes by many different names and many varieties. It is a vascular plant in the family Asteraceae that includes daisies and sunflowers. The Latin bidens is formed from bi (two) and dens (tooth) to mean “two toothed.” This aptly describes its needle like seeds that this family produces in incredible amounts–and have an amazing capacity to attach themselves to clothing as well as hair, feathers and just about anything else a passing creature may have available for transport.

Bidens Alba goes by names like Spanish needle,  Romerillo, Beggar’s Tick, or Monkey’s Lice. It is a recognizable “hitchhiker” plant that has managed to spread itself across the world where it can be found throughout the US and even remote pacific islands.

Beautiful white banks of Bidens Alba line many Lowcountry roadsides and about five years ago I stopped and brought home a little clump in a Starbucks cup. Little did I know that it would one day fill my flower beds where I discovered that it is the one of the very best wildflowers for pollinators. Now I may have to pick seeds from my socks but my yard is filled with butterflies and hummingbirds and more are attracted every year.

All because of little seeds.

In John, chapter 12 we find Jesus talking about seeds. The Triumphal Entry has been marked and as He settles in Jerusalem with His disciples for the Passover feast He knows that his days before the cross are passing quickly. Soon He will be glorified on the cross, “lifted up” as the “suffering symbol” was lifted by Moses in the desert for the healing of God’s people.

After entering the city to the joyous shouts of crowds of His followers–many newly attracted to Him by the miracles of His healing of the blind and raising Lazarus from the dead–Jesus meets a band of Gentiles.

John recalls the scene and mentions “certain Greeks” who come to Jesus (John 12:20) while they are visiting the city for the Passover celebration. These converts to Judaism may be from the surrounding Greek-colonies of region or they could have traveled from Greece itself. They seek to worship and have hard of the Miracle Man, the wild rabbi from Galilee who has caused such a stir and they want to meet Him.

Jesus, up to this point has kept entire crowds at arms length as they desired to crown Him king and rebel captain to overthrow Rome.  He has worked to keep his enthusiastic disciples in check in their excitement to push His timetable for glory forward. Jesus has even been told by His own family to stop wasting his time in the boondocks of Galilee and get to Jerusalem in order to make His tricks more effective in whatever political campaign He was obviously trying to run (John 7:2-5).

Jesus, who since the time His mother asked him to “do something” to prevent disaster at the wedding in Cana, has insisted to this point that His time had not yet come.

With the arrival of these Greeks Jesus knows that finally His time has come. Soon, very soon, He will be glorified on the cross for all the world–a world that includes Jew and Gentile alike who will see Him lifted up and believe.

Under the hot Palestinian sun, fields of wheat surround the towns and cities of Jesus’ world. He and His disciples have walked hundreds and hundreds of dusty miles in the countryside and even through these fertile fields. The warm winds of the Mediterranean blow across the mountains to ripple their tops like rolling waves of a golden sea.

Jesus has felt the cooling breeze from Mount Hermon’s snow-topped peak as it carried life-sustaining moisture from the highlands to feed the crops of His people. As the Psalmist sang about the “unity of believers:”

3  It is like the dew of Hermon, Descending upon the mountains of Zion; For there the Lord commanded the blessing— Life forevermore.–Psalm 133:3

Jesus knows that His death and glorification will unite all believers, Jew and Gentile to His father. He thinks of the fields of grain, the precious seeds with the kernel of life’s miracle within and the Rabbi begins to teach:

24 Most assuredly, I say to you, unless a grain of wheat falls into the ground and dies, it remains alone; but if it dies, it produces much grain.–John 12:24

This is a language that Jesus’s hearers can well understand. In their agrarian society, civilization rose and fell with the success or failure of a year’s crop. The mystery of plant life–the germ of seed and the spark of life within that we would come to learn as DNA and the code it contained–held within it the promise of today’s hearty meal and the hope of future generations.

A seed had to fall to earth and “die” in order to sprout life again.

It is this precious life that Jesus parallels with your own life as He explains how this “death” works:

25 He who loves his life will lose it, and he who hates his life in this world will keep it for eternal life.–John 12:25

Jesus is saying that death will be a part of following Him. That to love and cling to the empty promises of this earthly life will bring only the emptiness of mortal death, while the hope of an eternal future lives in Him.

The person who loves his life will lose it: it could not be otherwise, for to love one’s life is a fundamental denial of God’s sovereignty, of God’s rights, and a brazen elevation of self to the apogee of one’s perception, and therefore an idolatrous focus on self, which is the heart of all sin. –D.A. Carson, The Gospel According to John

Jesus knows that if you must empty yourself of your love of your own life it must be filled with something else. Nature abhors a vacuum and your heart is no exception.

As with the grain of wheat, the death of Jesus will work life within you and thus life within others. Dr. Sinclair Ferguson has often remarked that Jesus’s “death must live in us, so that life may live in others.”

Ancient Celtic christians knew this. As the Gospel spread across Ireland and Europe in the wake of the dark ages, this revival often brought martyrdom with it. As T.M. Moore describes, this martyrdom came in three “colors” if you will:

The White martyrdom was where the believer gave up all the trappings of the old sinful life to follow Christ.

The green martyrdom was the calling of the believer to go off on one’s own, commissioned by the community, to live off the land and to evangelize.

Finally the red martyrdom of the ultimate sacrifice was where a believer would be called to shed blood–pass through death–the giving of one life so that the gospel may yet take root in the hearts of others.

Does Christ’s death live in you so that life will live in others? The giving of your life is one of the most difficult aspects of being a Christian. You will probably not be called to martyrdom, the red martyrdom of being put to death for your faith–but you are called to fall out of love of this world in order to love the world that is to come.

You live in such a prosperous day and age–especially here in the western world– where it is difficult to think of shedding the comforts of life for the discomfort of truly following Christ. It is natural to want life to be easy, to be comfortable. Plus, you have the expectations of family, friends and even your community to think of. This makes it so difficult to think of giving up anything–especially if it could make life even more difficult or result in the disappointment of or rejection by others.

How can you do this? The choice is yours of course but it begins with prayer and the pursuit of knowledge in His holy word. Pray that the Spirit will show you ways in which you love this world: the comfort of the approval of others, a lifestyle that makes you feel good or even the abundant entertainment that distracts your mind and takes time away from prayer, meditation service and relationships with others.

As John writes and describes this scene with Jesus, the encounter with the Greeks and his Master’s simple illustration he thinks of how far the seeds of Jesus’s death and resurrection–the seeds of the Gospel–have flown. Like the hitchhiker seeds of Bidens Alba the message of the cross has clung to the lives of believers and taken root in hearts far and wide. Let the seed of the Gospel grow in you–that death will live in your heart, so that life will live in others.

The Monday—Friday DEEPs are written by Mike Slay and this Saturday Deep is written by Matt Richardson. To subscribe to all the DEEPs click here:

The weekly study guides, which include the Monday–Friday devotionals plus related questions for discussion or meditation, are available for download here:

The Strength of the Soul

When You Walk through a Storm

The Church Is Not Ancient Israel