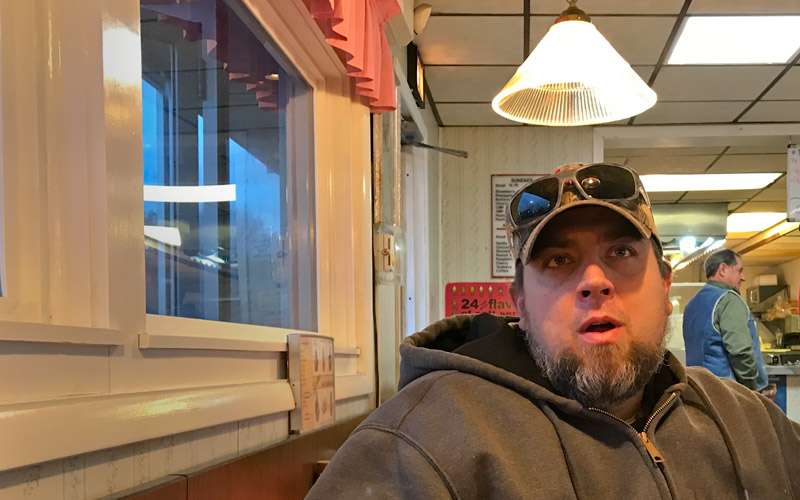 When I take this shot, I don’t notice the diner light perfectly placed over the head of my friend Tim, hovering like a UFO. Or a glowing megaphone from heaven. Only later will I see it in the photo.

A heavenly megaphone. How Tim would have appreciated one of those over the last seven months. When the environment at his last job became toxic, he felt led by the Lord to leave it and sell his house and truck. Flush with faith, he and his wife took their three small children into a time of expectant dependency on God.

It has been a very challenging time. Much harder than anticipated. No jobs miraculously appeared. Housing was tricky. Heavenly megaphones seemed out of order. 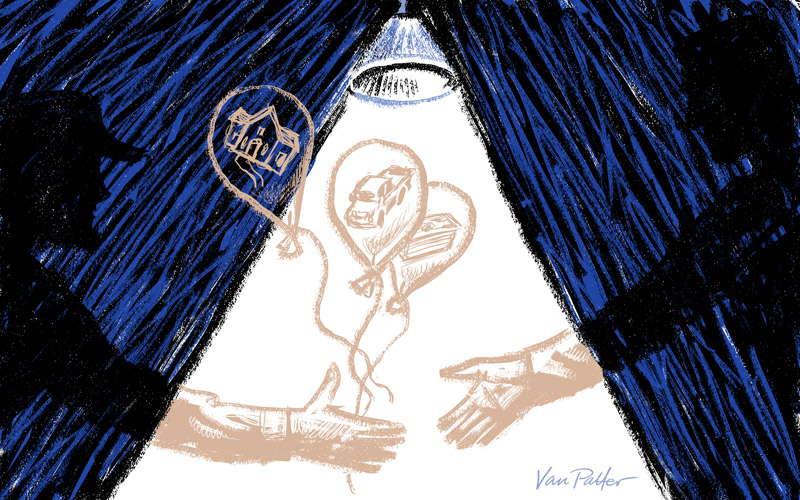 Over breakfast, we have been talking about journeys. As a career freelancer (I was living the gig economy long before it found a name), I know a thing or two about walking in faith. C.S. Lewis has a great phrase that I think applies here: cheerful insecurity. A lack of permanence doesn’t rattle us. It frees us to be joyful in our dependency on God.

Tim knows this too. He tells me about those that questioned his putting his ‘dream house’ on the market. He tried to tell them a house was just a thing. And things can get in the way of moving on. But they didn’t understand.

“My prayer is that I can use my stuff to further His kingdom,” he tells me. “In other words, God didn’t bless me with things for my benefit, but His.”

There is deep wisdom there, brother. Wisdom I can learn from.

You know, maybe that overhead lamp is a heavenly spotlight. God’s way of getting my attention.

Lord, thank you for Tim, and for all your children who are demonstrating what it means to live by faith. How we need their stories! Raise up more and more courageous men and women who are willing to “let goods and kindred go” in order to follow you. Reveal your power and love through them.

The Power of Love

Hold on a Sec!

Not Whether, but Which