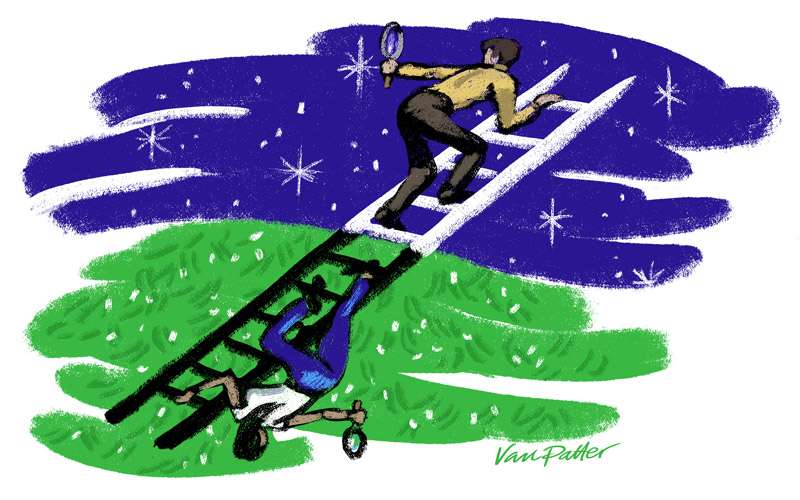 As I step outside to photograph the snow that is quickly building on the grass, I decide to get as close as the camera will let me.

This is because I am inspired by my reading, early this morning, of the writing of a third-century Christian leader, Gregory Thaumaturgus, who learned at the feet of Origen, a pillar of the early church. As a young man pursuing knowledge, with an eye towards the law, Gregory chanced upon the great man and became one of his disciples.

Describing that time, Gregory tells of how Origen fed their “amazement at the magnitude, and the wondrousness, and the magnificent and absolutely wise construction of the world.” But it was “irrational” wonder in a sense that they felt a kind of fear in their ignorance of what they were observing. Origen had an antidote.

He taught them to observe nature and put it into clear categories, at the same time noticing the patterns that ran throughout it – intriguingly described by Gregory as “the multiform revolution and mutation of things in the world.” In the end, their wonder became  anchored in the “sacred economy of the universe.”

Origen, says Gregory, “made heaven passable to us by the help of each of these sciences, as though they were ladders reaching the skies.” 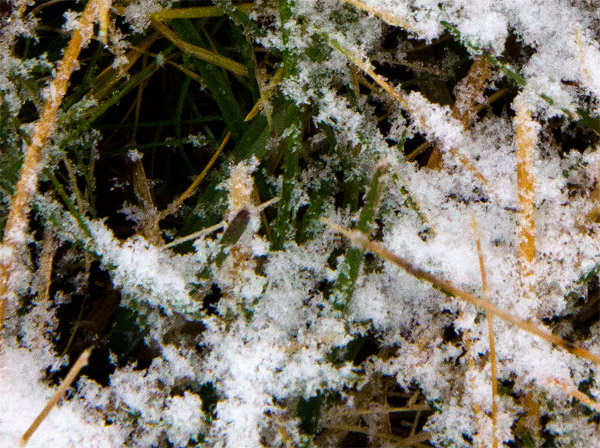 Which brings me back to the snowy grass. Since our faith tells us that everything in nature was fashioned by a Creator, we are invited to take a closer look -- whether that view is up or down. Gregory’s experience reminds me of the words of Isaac Watts:

Lord, how your wonders are displayed,
where'er we turn our eyes,
if we survey the ground we tread
or gaze upon the skies.

Gregory’s problem had been irrational wonder. Our modern age gives us wonder-less rationality. (Channeling my inner G.K. Chesterton.) How blessed we believers are to have our wonder grounded not just in the marvel of nature, but in the greatness of the One behind that amazing complexity.

Creator God, once again, I come to sit at your feet, brought by the pointers you have left us in the world you have created. They are indeed ladders, leading us, rung by rung, to a place of worship and adoration. Open all of our eyes – including those who delve the deepest into the mystery of the natural world – to see where the ladders lead.

Can God Lose Someone?