A song in desolation 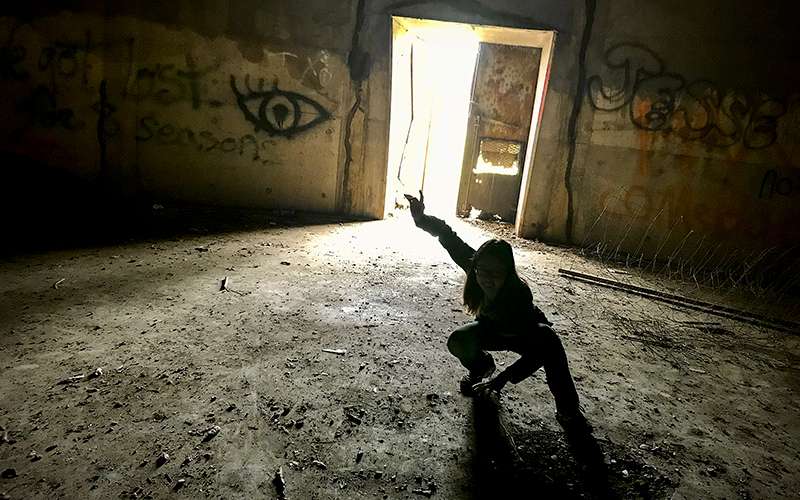 It feels like we are in a dystopian graphic novel.

Daylight streams into the abandoned bunker, built during WWII to store dynamite, framing my daughter.  When I show her the first few, static photos I’ve taken, she suggests that she do a more dramatic pose.  And voila – all her hours of watching anime with her older brother pay off.

A number of these bunker mounds are scattered through game lands not far from our house.  A neighbor suggested this place as a great change of pace, and Grace and I were up for an adventure.

At first, we were put off by the utter darkness inside, contrasted to the bright skies overhead.  Musty air met us at the broken doorway.  Inside, graffiti covered the walls.  But the echo!  Each minute sound, even the scrape of a shoe against the cement floor, bounced around the domed space in eerie magnification.

The somber setting matched the tone of my latest reading in Isaiah.  In chapter 24, the prophet looks past the coming invasion to the world’s ending.  What he sees is not cheery.

The earth lies defiled
under its inhabitants;
for they have transgressed the laws,
violated the statutes,
broken the everlasting covenant. (Isaiah 24:5) 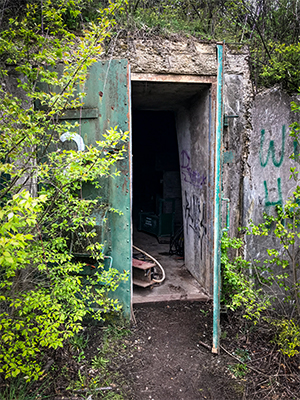 That’s the broad view.  But Isaiah then zooms in, focusing on a city as a representation of fallen humanity.  It has a familiar ring:

The wasted city is broken down;
every house is shut up so that none can enter.
Desolation is left in the city;
the gates are battered into ruins. (Isaiah 24:10,12)

My commentary tells me that the Hebrew for “wasted” is tohu, or “formless.”  Famously, it is used in the second verse in the Bible, where the earth is described as “formless and void.”  The city of tohu, in the words of Motyer, represents:

“…life without God, therefore without order, purpose or those things which sustain and gratify life… (it) is the city where anything goes and nothing matters.” 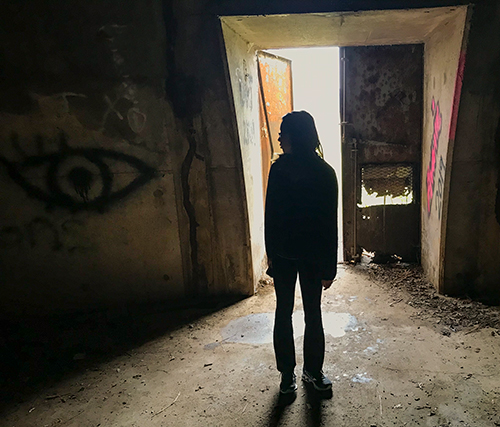 As I look at the graffiti on the dark walls – a mix of obscenity and personal promotion – it feels like a portent of a world focused inward, unaware of a watching God.

But in the midst of the darkness, I decide to sing.  Starting with the base note, I build a chord of four tones, the echo sustaining and blending each layer into a remarkable single-voice, harmonious chord.

Isaiah also hears a song in the darkness of his vision:

From the ends of the earth we hear songs of praise,
of glory to the Righteous One.  (Isaiah 24:16)

No matter how bleak it gets, God’s kingdom thrives.  God’s people sing.  Even in isolation.  Widespread separation cannot quell the music.  And like the doorway to the bunker, they bring the light of the Righteous One into the chaos of the City of Desolation.

We sing to you, our Lord and Righteous One.  You are the hope of the world.  Help us to raise our voices in the present darkness and praise you.  Jesus, light of the world, shine your glory through us.

Reader:  How have you seen God's glory in this dark time?

Episode 001 - What is the Fellowship of Ailbe?

God's People Especially - but Not Exclusively