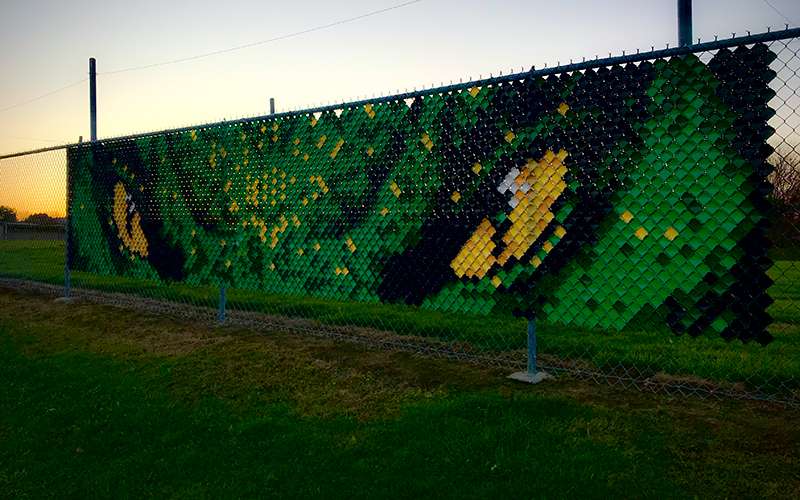 I’ve always been drawn to dragons.

How apropos that I would live in a town with a green dragon as its high school mascot.  I have walked over to the middle school ball field this chilly morning to find these serpent eyes.  The blue sky seems too much of a cheery contrast to them.  It would have been better to have last night’s storm in the background, with its serpentine, destructive wind gusts.

A decade before we decided to move here, I painted this illustration of a great, green dragon (quite prophetic, that) leaving ruin in its wake.  I imagined a small child as the only one willing to challenge it. 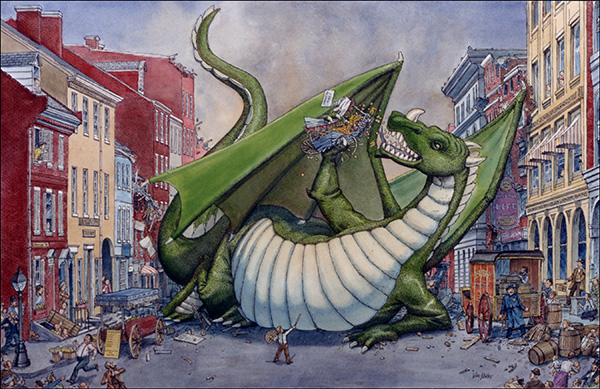 All this thinking about dragons is Isaiah’s doing:

9 Awake, awake, arm of the Lord,
clothe yourself with strength!
Awake, as in days gone by,
as in generations of old.
Was it not you who cut Rahab to pieces,
who pierced that dragon through?
10 Was it not you who dried up the sea,
the waters of the great deep,
who made a road in the depths of the sea
so that the redeemed might cross over? (51:9-10)

Who is this dragon?  There are layers here.  On one level, Rahab is Isaiah’s nickname for Egypt.  And in that frame of reference, the dragon is Pharoah.  That frames up a reference to Exodus and Israel’s deliverance through the Red Sea.

But as is the case so often with Scripture, there is another level.  This dragon could also be a reference to the Canaanite-Babylonian belief in a sea monster as the personification of disorder.  The restless sea, then, represents the chaos of a world in rebellion against God. 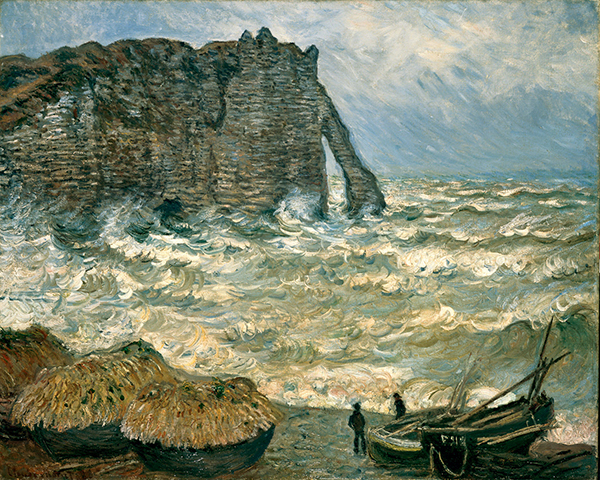 So many artists have tried to capture the sea in turmoil.  This is one by Monet.  A contemporary photographer has a wonderful series of images of enormous waves, naming them after ancient gods.  The agitated sea has always felt like a raw and malevolent power. 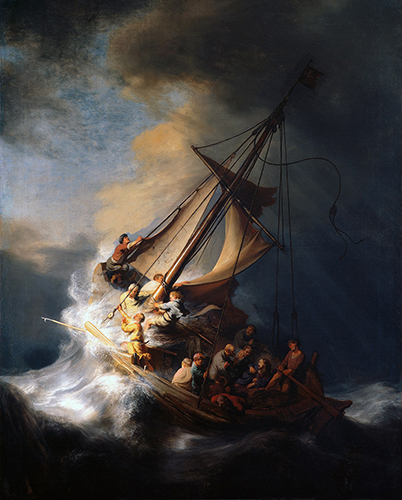 In that light, think of Jesus calming the storm.  He is not only stilling the tulmult of that particular moment, but symbolically showing his power (“arm” represents power in Scripture) over the forces of random destruction in the world.  In both the story of Exodus and Jesus with the storm, a way was made through the midst of sea that God’s people might pass through unharmed.

There is plenty of chaos in the world right now.  We are truly in turbulent times.  And chaos always tempts us to believe that randomness rules and God is a myth.  Or, if there is a God, that he’s not loving.  Or, if he’s loving, he’s not powerful.  Or, he may be powerful, but inattentive.  Just like the disciples in the boat, we cry, “Awake!  Awake!”  We long to see his arm bared for action. 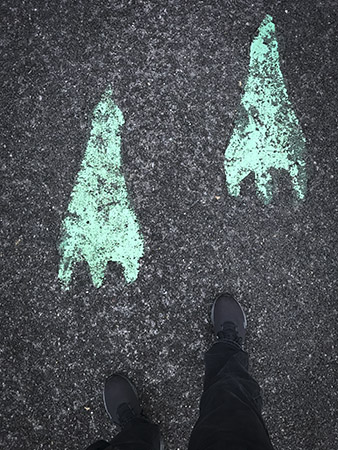 But even though that dragon of doubt dogs us, we don’t need to fear him.  He is mortally wounded.  God has revealed his arm.  Jesus, through his resurrection, has proven the reality of the Kingdom.  This is not just a material world, “tossed to and fro by the waves” (Eph 4:14) of chance.  God is real, loving, all powerful and wide awake.

Jesus has personally charted a path through that sea.  And that path is like a dagger to the heart of the beast.

Jesus, you are the dragon slayer, the killer of chaos, the Lord over the storm.  You have made a way through the seemingly impassable sea.  We struggle to see that at times.  Please, keep raising our eyes to you.

Reader:  Does the world feel like a raging ocean to you?  Tell me what helps you to keep the chaos at bay.

The Course of God's Wind