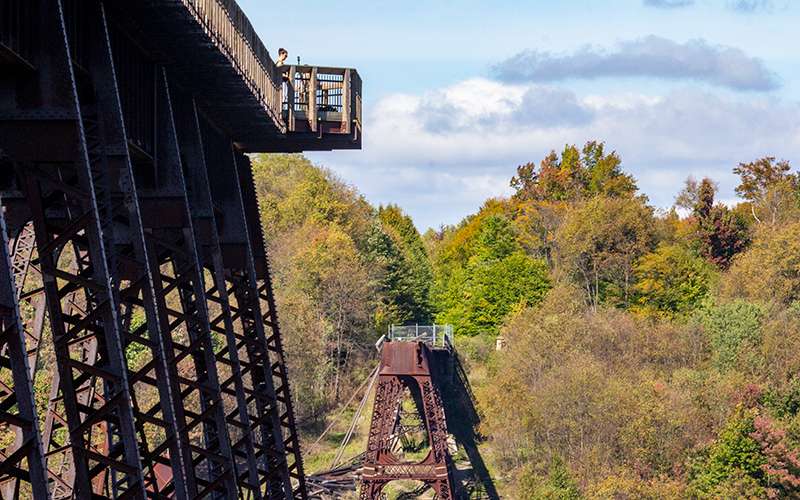 Even broken, the bridge is impressive.

The Kinzua Bridge in northern PA was, briefly, the tallest railroad bridge in the world.  But tourists don’t come today simply to see its height.  They come to view its destruction.  A powerful tornado ripped through the area in 2003, tearing out the middle of the bridge.

The devastation is impressive. 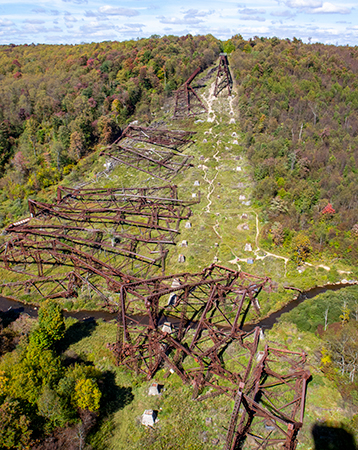 After taking some photos, I approach a park ranger.  I tell him that the storm that hit the bridge was so unique, my daughter studies it in her meteorology classes.  He is pleased by my interest.

“People see the way the girders lay and think the storm came from the east,” he tells me.  “But it came from the Midwest.  Those girders weren’t knocked over, they were yanked out and thrown down.” 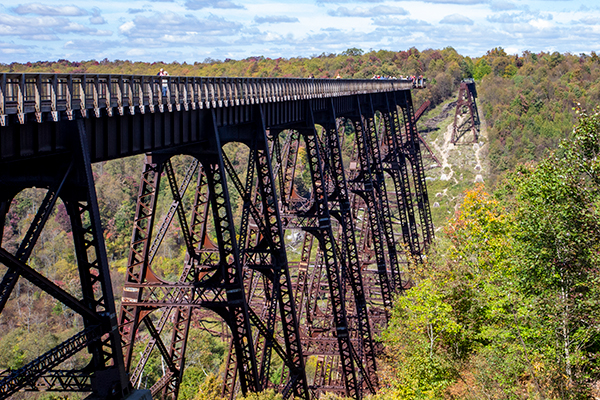 The verse that I have in mind today might seem like an odd one to have symbolized by a broken bridge:

The key connection here is author.  The Greek word, archēgos, could also mean leader, pioneer, or captain.  In Hebrews 2:10, the same word is used to describe Jesus as the “captain of salvation.”

Scottish theologian, Sinclair Ferguson, offers an illustration to get to the meaning of the word:

Think of a troop of commandos operating in a jungle war. They find their way blocked by a deep ravine. The situation is too urgent to find a way around. Their commanding officer manages to throw a rope across and anchor it. He then risks his life by crossing first, hand over hand. He permanently secures the rope. He creates a bridge. The way is now open for his men to cross over to the other side. 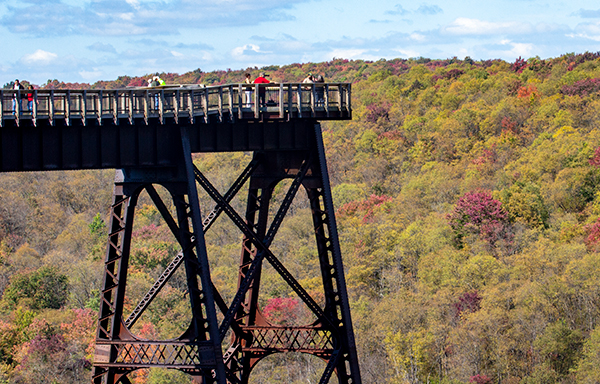 Jesus has bridged the gap.  Through his death and resurrection, he has crossed the great divide between God and fallen man.  Standing at the near edge of the breach, I let the distance to the far side visualize the impossibility of approaching God on my own efforts.

Sometimes, it’s easy to forget how far away God’s holiness is from us. 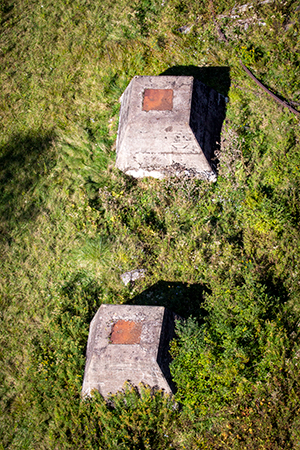 The ranger adds another fascinating fact.  He tells me that engineers were in the process of replacing the old iron bolts that secured the trestles to the concrete foundations.  But the storm ripped out the ones they hadn’t gotten to.

The spiritual implications are clear.  Like an update to Jesus’s parable of the house built on sand, our ability to finish the bridge that he pioneers depends wholly upon the foundation of his word. “Everyone who hears these words of mine and puts them into practice…” (Mt. 7:24) 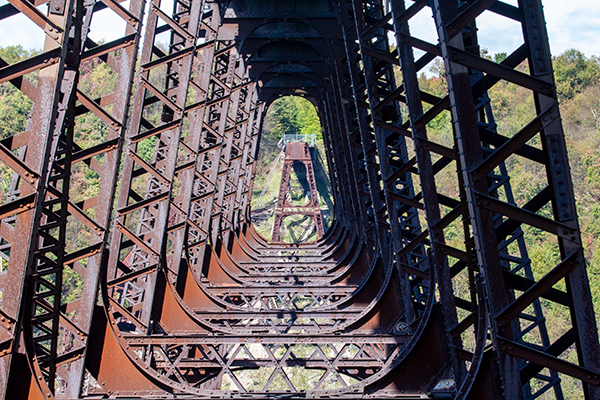 Jesus is the author and finisher, the pioneer and perfecter.  The Alpha and Omega of our faith.

We have our work to do.  But every beam is laid, every rivet driven in concert with him. Fixing our eyes on him, the great bridge builder.

He who spans the gap.

What a powerful visual you’ve given us in this broken bridge.  Only you, Jesus, can cross the great divide.  Only you can help us construct a life that pleases God.  We build our foundation on your word.

Reader:  What’s the most impressive gap you’ve seen?  What other scene has impressed upon you the distance between God and man?  Tell me about it.

Email me at This email address is being protected from spambots. You need JavaScript enabled to view it.. And consider sharing this with friends via the social media buttons above.

To the Chief Musician. On An Instrument of Gath. A Psalm of the Sons of Korah. How lovely is Your tabernacle, Psalm 84:1-4

The Shepherd I Need - "Savior Like a Shepherd Lead Us"

Rusty RabonA Song to the Lord