Ralph Lehman, JD, CFA, CAIA, is an investment adviser after having spent nine years in a discipleship-focused ministry, Worldwide Discipleship Association, where his ministry focused primarily on college students and inner-city work. Ralph resides in Knoxville, TN with his wife Charlotte and he is a Board member for the Fellowship of the Ailbe.
Books by Ralph Lehman 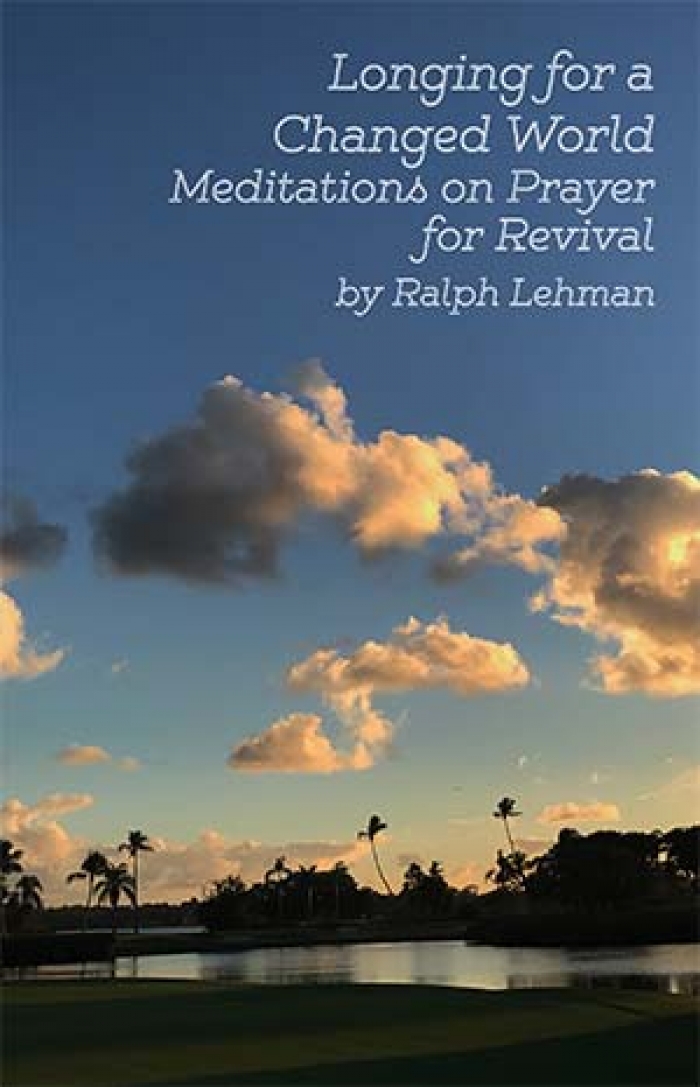 Longing for a Changed World

The 30 meditation in this book are a call to prayer for revival, both of our church and our culture. Drawing from lessons in both the Old and New Testament, as well as the Church’s rich history, this book’s focus is on acknowledging God as the source of revival and developing a vision for what a revival would look like – an growing passion for God’s Word and prayer, and an increasing vision for the Gospel to permeate and transform our culture.

Lessons from Lazarus on praying for revival.

The Lord leads us to pray by many avenues.

A Famine of Hearing

“Behold, the days are coming,” says the Lord GOD,
“That I will send a famine on the land,
Not a famine of bread,
Nor a thirst for water,
But of hearing the words of the LORD.” Amos 8.11

There was a time in our country, when drought would strike in the land, that people would turn to God in prayer. Drought could lead to famine, and many of those who lived close to the land knew God, and knowing that He is sovereign in weather and harvests, they did not hesitate to appeal to Him.

Drought could lead to famine, and as many of those living close to the land who knew God, understood Him to be sovereign in weather and harvests. Therefore, they did not hesitate to appeal to Him.

Now we employ complicated weather models to tell us when it will rain and how much we can expect, and sophisticated irrigation systems to ward off drought and famine. We see no need for prayer.

Amos spoke to the apostate northern kingdom during a time of prosperity and peace and therefore, presumed blessing. But the people were succumbing to a different kind of famine – the disappearance of hearing His Word.

Oh, there was plenty of religion and preaching and whatnot. But the hearing of God’s Word, hearing so that it was taken to heart, believed, and obeyed, had dried up. The famine of hearing God’s Word was the result of the people not knowing and loving the Lord.

The peace the nation enjoyed was giving the Israelites a false sense of security. But another prophet, Hosea, was not deceived. He exposed the lack of knowledge of God in the land (4.1) as the source of their famine of hearing. He warned the people that God had rejected them, and that they would be destroyed (4.6).

Revival is evidenced by men and women humbling themselves before God, but it does not stop there, brothers. Another hallmark is for God’s people to have a growing passion to know Him, and to know Him more intimately. Primarily, this comes through prayer and the hearing of His Word.

The people of Hosea’s day protested that they knew the Lord, but he proved them wrong by exposing their sinfulness – their famine of hearing (Hos. 8.2-7).

Are we entering a famine of hearing in this country? Has the spiritual drought of not knowing the Lord dried up all fruitfulness from our souls? Are we merely going through the motions of religion, insisting that we know the Lord, when the evidence that such is the case is so meager?

Are we passionate for the Lord and His Word? Do we seek Him early and earnestly in prayer, waiting upon Him to show us His beauty, cry to Him to bring about His goodness in the land of the living (Ps. 27)? No models, methods, or other human devices will do to bring revival to the churches and awakening to our land. Hosea understood that only God can remove this drought and deliver us from this famine:

Come, and let us return to the LORD;
For He has torn, but He will heal us;
He has stricken, but He will bind us up.
After two days He will revive us;
On the third day He will raise us up,
That we may live in His sight.Hosea 6.1, 2

The question to us is: Will we seek the Lord in prayer?

Download “Men of the Church: A Solemn Call” for free by clicking this link. Make copies for all the men you know, and urge them to join you in this movement of Men at Prayer. Order your copy of Restore Us!and start your own regular Revival Prayer Group.

Except as indicated, Scripture taken from the New King James Version. © Copyright 1982 by Thomas Nelson, Inc. Used by permission. All rights reserved.

Heresy can be a spark to revival.

Irenaeus against the Heresies

Stand on the Word, or fail apart from it.

Without this, no revival.

Living for a Heavenly Kingdom

Justin shows us that by living for a heavenly Kingdom, we can change the world.

Revival comes as we seek the true Kingdom of God.

The World Changed through Revival

Revival has changed the world before, and it can again.

How to Pray for the Saints

The Book of Creation

When I remember You on my bed, I meditate on You in the night watches. Psalm 63:6-8

The Weakness of Strong Faith